When I wanted my personal Flutter app to distribute iOS builds from a GitHub workflow using TestFlight, I couldn’t find a good cohesive guide to setting it up. The process was a bit nuanced and time consuming to get right.

In the end I created a GitHub workflow that automatically publishes whenever I push a versioned tag to GitHub – it builds the project, signs it, and publishes that build to TestFlight.

Below I’ve provided the comprehensive set of steps you need to set this up from scratch, which I reproduced using a public sample repository for your reference.

In order to deploy builds to TestFlight, Apple requires that you have an Apple Developer Program account – these cost $99/year.

I’m also assuming you’ve created a private or public repository on GitHub that you’ll be using for version control where you can run the GitHub Workflow we’ll set up.

These are the steps to configure your app in Apple’s systems.

Create & set up a Flutter project for iOS

To help managing code signing certificates and provisioning profiles, as well as the process of building & signing, we’ll use the excellent open source project fastlane. We’ll be using a private GH repository to distribute the signing certificate to the builder (and to the team, if wanted).

Setting up fastlane for your project

Please refer to the fastlane setup docs for more details, but here’s a quick overview of what to do to configure Fastlane.

First, create a private repository on GitHub and mark it as Private. In my case, I named it certificates. Don’t initialize it with any files or licenses. Make a note of the SSH url for your repository, in my case that’ll be git@github.com:jorgenpt/certificates.

Putting it all together

Your GitHub repository’s secrets should have three different secrets configured: 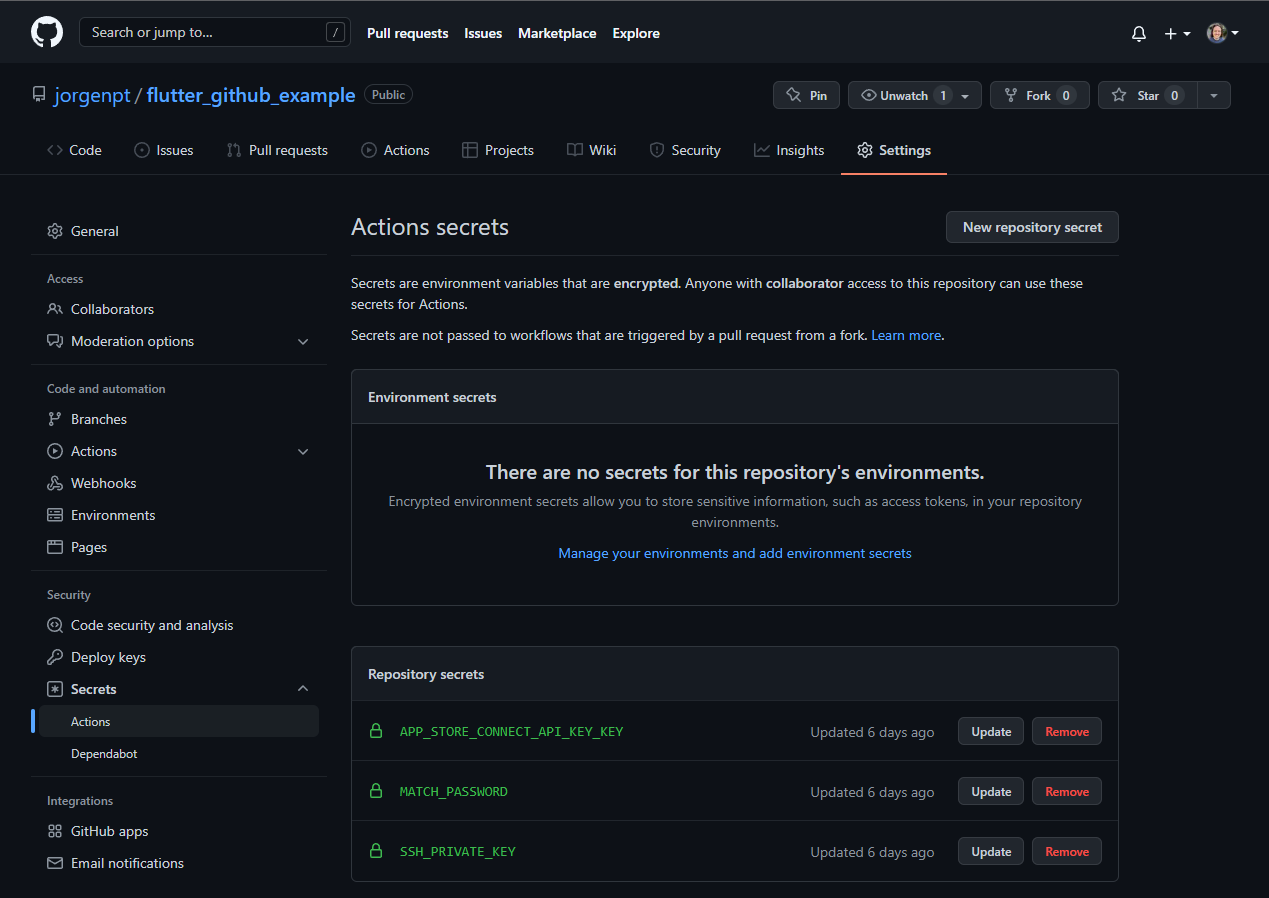 Now all that remains is to set up a fastlane lane that runs our build for us, and configure GitHub Workflows to invoke it:

That’s it! Now just create a git tag and push it to GitHub to start a build:

You can see an example run in the Actions tab of flutter_github_example.